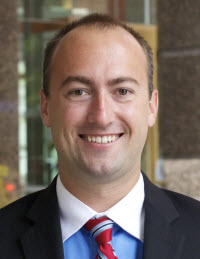 Outside of work, Andy is an avid tennis player and enjoys spending time with his family and daughter.

Prior to representing victims of asbestos cancer, Andy worked full-time with Legal Services representing those persons who could not otherwise afford access to the courthouse. He earned his Juris Doctor from Saint Louis University in 2008. His Comment, Can the Taxman “Tax Your Tears”: Murphy v. I.R.S. and the inclusion of personal injury compensation as “income”, was published in the St. Louis Public Law Review.