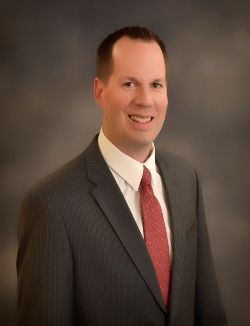 Steven D. Rineberg is a partner at Maune Raichle Hartley French & Mudd, LLC, where his practice is focused solely on assisting victims of mesothelioma.

Prior to joining MRHFM, Steve handled complex medical negligence and personal injury litigation for nine years, again representing the interests of victims and their families.

Steve was recognized as a "Rising Star" by the Missouri/Kansas Super Lawyers magazine in 2009, 2010, 2013, 2014, 2015, 2016 and 2017. In 2006, Steve was honored with The Missouri Bar David J. Dixon Appellate Advocacy Award, which recognized his efforts advocating on behalf of his clients before the appellate courts in Missouri. In 2013, Steve received the “AV Preeminent Peer Review Rated” rating through Martindale-Hubbell. An AV® certification mark is a significant rating accomplishment - a testament to the fact that a lawyer's peers rank him or her at the highest level of professional excellence. He has argued before both the appellate court for the Eastern District of Missouri and the Supreme Court of Missouri. Steven is licensed in Illinois, Missouri, and Pennsylvania.

Steve has had several works published and has been invited to make presentations to other attorneys and paralegals at various continuing legal education seminars. Steve is a member of the National Trial Lawyers Top 100, for 2017.