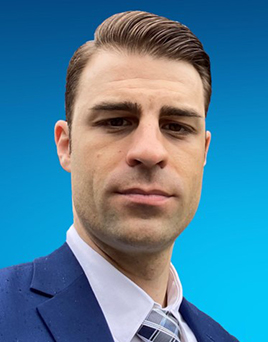 An experienced trial attorney, Keith has the ability to handle all aspects of a case. He has extensive experience representing victims of asbestos exposure across the country. Although currently based in the New York office, he has handled hundreds of cases in a variety of different states and jurisdictions throughout his career. His aggressive pursuit of justice on behalf of his clients has yielded tens of millions of dollars’ worth of verdicts and settlements, and his skilled legal writing has led to several landmark decisions that have favorably shaped the law for past and future clients.

Keith is no stranger to taking on corporate giants in the court room. Prior to joining MRHFM, Keith was an attorney with another prominent New York litigation firm for almost a decade. There, he spent the majority of his practice litigating cases against large corporations on behalf of individuals and families affected by asbestos-related diseases. He also fought for clients against “big tobacco” companies in cases that involved defectively designed mentholated cigarettes and fraudulent claims made by those companies about their cigarettes.

Keith also has the added advantage of having been on the other side. He began his career at a large law firm representing corporations in litigation. He quickly determined that he was on the wrong side of justice and since then has focused his practice on representing individuals harmed by large corporations. The insight and understanding he gained from being on the other side has proven invaluable.

Keith received his law degree from St. John’s School of Law where he was part of and competed on behalf of both the Moot Court Honor Society and St. John’s mock trial team.

Keith has been recognized by the National Trial Lawyers Association as a Top 40 under 40 attorney for civil plaintiffs.

Keith passionately stands up to large corporations and fights for justice on behalf of victims of mesothelioma and their families across the country.