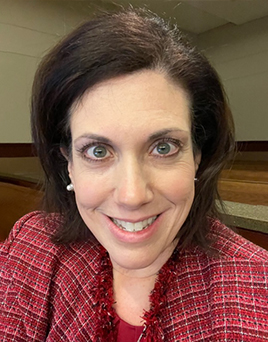 Donna is an associate in the firm’s Tampa Bay Office where she has the privilege of representing victims who have been tragically affected by mesothelioma. Donna is very invested in our work because the family member who inspired her to become an attorney passed away from mesothelioma. Prior to joining MRHFM, Donna, began her career in Georgia, as a prosecutor of felonies and misdemeanors to plea or verdict.

Donna received her law degree from the University of South Carolina School of Law. As a member of The Moot Court Bar, she was inducted into The Order of Barristers, competed on the National Moot Court Competition Team, and was a finalist in the Kate Bockman Finals before the South Carolina Court of Appeals.

Donna received her Bachelor of Arts with Honors and Master of Science degrees from the University of Southern Mississippi where she majored in Political Science and minored in English and History. Donna received the Outstanding Pre-Law Student Book Award.

Outside of the office, Donna spends her free time walking, swimming, reading, and spending time with her family, friends, and cat, Simon. She is passionate about legal education and has served as a pro bono attorney coach and judge for high school and college mock trial teams.

She began her career as a prosecutor who tried cases to verdict and brought and defended numerous motions in court.